Getting Past a Negative Review Without Becoming a Raging Alcoholic 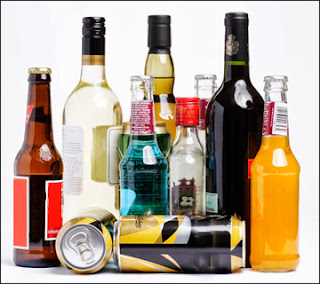 I wish I could be like Shaw who once read a bad review of one of his plays, called the critic and said: 'I have your review in front of me and soon it will be behind me. -Barbra Streisand

When I was in elementary school, I remember sitting in on a presentation about bullying and kindness. Although I can’t remember most of what was drilled into my young, impressionable mind that day -- or much of anything now that I’ve reached the third decade of my life, for that matter -- one thing did stick with me. In that presentation, an insult was labeled as a cold prickly, while a compliment was called a warm fuzzy (stick with me, I promise I have a point here). In short, it was reiterated repeatedly that when you present a person with one cold prickly (an insult) it takes approximately twenty or so warm fuzzies (compliments) to undo the damage your one cold prickly caused. Ever since learning this little tidbit, I’ve carried it with me, later finding it to have been the most important lesson I learned in the third grade. Years later, as a writer and recipient of not-always-so-wonderful reviews, that one lesson holds all the more meaning. For despite all the positive comments and reviews I’ve received, I find myself focusing on only the negative, allowing those words to define my work.

As writers, we have to separate our feelings from our work product. I know it’s easier said than done, but if we are to thrive in our chosen profession (or hobby), then we can’t allow our egos to become bruised or somehow believe that a negative review is at all related to who we are as people. In short, we must put on our big girl or boy pants and carry on.

And because negative reviews happen to literally EVERY writer at some point, I’ve assembled a list of ways that we can keep said pants on to cope when a less than awesome one comes in.


It’s only natural to want retaliate when hurt feelings are involved. However, we writers must refrain from defending our honor and accept the fact that customers pay for our work and are entitled to voice their opinions on it, whether favorable or not. For someone to argue with or belittle a reviewer after they’ve taken the time to read and review their work is both unprofessional and guaranteed to land the offending author’s reputation in the toilet. Not to mention, it does nothing to help the cause of other indie authors, who only have their body of work and online reputation to build their readership.


Congratulate Yourself, You’re Officially An Author

No traditionally published or popular indie novel has all four and five star reviews. Every single one of them have one and two star reviews to go along with all the glowing ones. Don’t believe me? Do a search on Amazon and see for yourself. Because I can pretty much guarantee you that any novel with over 100 reviews has at least one or two less than stellar ones amid its heaps of praise. So wear your one and two stars proudly, authors. After all, you’re in good company.

You Can’t Make Everyone Happy

There has yet to be that one novel that everyone universally loves; one that’s so perfect that no one can criticize it. We can only do so much as writers. No matter how polished our writing may be, no matter how flawless the story, no matter how much editing we do, there will always be someone unaffected by our work. Everyone has different tastes, and two people can read the same thing and draw entirely different conclusions on it. Such is life. Suck it up and drive on.

Look For The Hidden Gem

Believe it or not, there is such a thing as a good negative review. What’s so good about them, you ask? Well, for starters, for every one ‘this book sucks’ review, there are usually two or three negative ones of substantive value. If you can swallow your pride long enough to read them, of course. The truth is, no one’s perfect, and we all make mistakes. But it’s only those who learn from their mistakes, those who take the constructive criticisms in those reviews and use them to their advantage, who are able to improve upon their writing, and eventually turn their critics into fans. Take the time to take in every less than glowing comment about your book’s sentence structure, usage of adjectives, character development, plot, and dialogue, store them in a mental filing cabinet, and pull them back out when you’re writing your next book. I guarantee you won’t make the same mistakes again.

I have to say that this is one of the hardest pieces of advice for anyone, myself included, to take. In fact, I regularly stalk myself on Amazon and Goodreads to see whether I have a new review. If I see that I do, my pulse automatically quickens and I get a little sick to my stomach at the possibility of the review being a negative one. Thankfully, most of the time they have been pretty positive, but there have been a few times where I found myself reading something that completely ruined my day. In the beginning, they really bothered me, mostly because they affirmed all my insecurities about myself and my abilities as a writer. But then I realized that the only reason why they bothered me so much was because I’d become a victim of those insecurities, and that if I didn’t allow them to bother me, I could move on and get over myself. So, I got over it, knowing that although I’m nowhere near perfect, my insecurities are just that: MY insecurities. The reality is that I love writing. It provides me with release, and no amount of negativity, warranted or otherwise, is going to stop me from doing something that I love.

Use It As Incentive To Make Your Writing Better

If you’re stubborn and hardheaded like I am, when someone tells you something negative, you make it a point to do whatever you can to prove them wrong. This is especially true when applied to reviews. Whether helpful or not, use the review to improve upon your writing. Take the criticisms with you into your next book and think back on them. Were they warranted? Do you actually use too many adjectives? Is your dialogue really flat? If it was before, I’d be willing to bet that it won’t be anymore. Make it your goal to improve upon your writing with every book you write. Eventually, you’ll prove to your detractors that they were wrong about you.

Have a Good Cry, Laugh, Eat a Pint of Triple Chocolate Brownie Fudge Ice Cream (not necessarily in that order)

I’m a big fan of feeling sorry for myself for a few minutes, letting it get out of my system, and then moving on again. In my younger years, this would have required a glass -- oh, who am I kidding, a bottle -- of wine, or anything covered in chocolate. Today, I’m just a tad more health conscious and just stick with sulking around the house for a little bit before I force myself to pick up what I was doing before the offending review appeared, acting like it never happened at all.

This is probably the most generic advice out there, but I’m going to include it here anyway. I know that I’ve personally read a few comments that have really stung; comments that have made me question why I write at all. Although it’s easy and only natural to want to shut yourself down and say that you’re done, you can’t let the opinion of a couple of people wipe away those of the rest of your reviewers (or that one cold prickly overshadow your mountain of warm fuzzies).


Writers, how do you get over a negative review? Do they bother you or do you allow them to just roll off your shoulders?