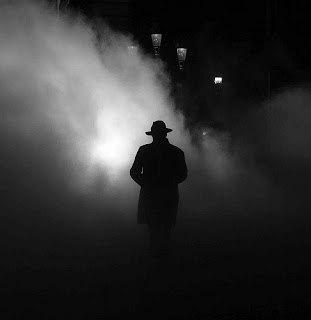 The following are the seven reviews (six 5-Star and one 4-Star) garnered by Enigma Black thus far on Amazon.com, and, yes, although there are some people who I know personally included in the reviews, there are also those individuals whom I never met before.  Presently, Enigma Black in the hands of two book bloggers as well as a small publishing company for reviews.  Hopefully, their reviews will be as favorable as these ones are:


"I'll be totally honest, I bought this book because it was written by a friend... and ended up being totally amazed! When reading, I would forget that this book hadn't been written by John Saul or Dean Koontz, two of my favorite science fiction writers! I got lost in the story of a young girl, Celaine Stevens, who loses her entire family in an act of terror when she was just a mere seventeen. The story takes you from that seventeen year old girl to the young woman that only wants revenge on the "Man In Black". Although this read has numerous climatic areas, you also get lost in the love story between Celaine and Chase. If you love both sci/fi and romance check out this book. I cannot wait for the next book in this trilogy ~ the waiting is gonna kill me..."-Janie W.

"Enigma Black, is a wonderful read. Fiction has never been my go to for reading pleasure. However, as an educator being well read in all genres is essential. From this new found revelation my love of fiction has grown. Enigma Black is a most read."-Heather H.

"An unlikely heroine. A mass murderer who's frustrated the President so effectively he greenlights a decision that would (if publicly known in our world) create national panic, not to mention having a moniker so ominous it becomes a parallel for his taste of art. Wise-cracking, techie virgins and the perfect balance of human tragedy and triumph. That's Enigma Black for you, and Sara Burr whips up a story where diverse characters and situations can thrive. Enigma accomplishes an appeal to many tastes without losing any of its authenticity, which isn't exactly a cakewalk. In between the drama, flying fists, explosions, and scientific experiments there lies comedic relief in the dialogue, especially whenever the protagonist's best friend Lucy opens her mouth, and a budding love triangle worthy of any watercooler gossip.
One enjoyable, pre-Christmas shopping trip among a family at The Lakes Mall turns into a plotted terrorist attack that, just about, takes the life of every member. Teenager Celaine Stevens miraculously survives but is left with more baggage than an airport facility (thank you, I'm here all week!). Celaine is sent to live with her aunt on the East Coast, and years later is adopted by her boyfriend's family and finally able to be at peace. That doesn't last long, as one night following work Celaine is stalked and offered an unfathomable request by a man claiming to belong to a militant rogue organization. What the man asks of her is to help take down the infamous Man in Black, the terrorist responsible for her family's demise. This request, though unorthodox and quite ridiculous, triggers a primal need of retribution in Celaine, and she plunges into the unknown. And let me tell you, we should thank her for it.
Enigma Black equally entertains and satisfies the need for an intelligent read. Burr asks us what we would do if forced in the protagonist's position, one of unresolved, constant emotional pain. Where most people have already embraced some form of coping and wouldn't dare take on an evil elusive enough to go untraced for over a decade, Celaine remains in the minor. She's crazy, folks."-Shaun L.

" I just finished reading Enigma Black and can't wait for books 2 and 3! Sara Furlong Burr has a real knack for giving the characters true personalities. The emotions that I felt were so real to me that I actually teared up and felt distraught while reading some of the sad things; I caught myself holding my breath while reading of the disasters and deadly encounters, and I also felt anger. It takes a good writer to be able to bring out such emotions from readers. I can't wait to see what Sara has in store for the future!! I've recommended this book to a lot of people."-Neva C.

"I love reading but it normally takes me a month to finish a book because of my crazy life. However, in Sara Furlong Burr's book, Enigma Black...I finished it in four days. I could not stop reading it. I downloaded it on my phone, my laptop, and even my computer at work. It became an addiction, and I couldn't stop reading. Sara has an amazing talent to pick you up, and totally place you in another world. When reading these pages, I felt as if I were there, I could see what the characters seen, hear what they heard, felt what the felt. The whole world around me disappeared. Sara was an expert at not only making you feel like you were there, but you felt all the emotions that the characters felt. I found myself weeping during the sad parts, laughing out loud at the main characters sense of humor and sarcasm, and my heart raced during the fight scenes. When Celaine's heart broke, so did mine.

Sara did an amazing job with her first book. It was very well written. This book was captivating, stimulating, and reached in and grabbed your soul and emotions. I can't wait until the next one comes out!"-Wendy

"I started reading Enigma Black with lowered expectations because this is the first published book by the author. That being said, I was blown away by how engaged I became with the storyline and main characters. I felt for Celaine, the main character, and what she had to go through to avenge her her family's untimely deaths by the Man in Black. There were twists in the story, unexpected deaths, and interesting surprises that kept me engaged and intrigued by how the story would end. I will definitely be reading books 2 and 3 in this trilogy."-Kendra A.

"Despite some grammatical issues, Enigma Black is an easy read steeped in timely political drama. With an apocalyptic theme, Enigma Black tells the story of Celaine Steven's quest for revenge on the man who murdered her family. The writing sometimes slows and it can be difficult to stay focused. I began to care less about Celaine and more about her partner in retribution, Blake Cohen. Celaine often comes across whiny when she's trying to be witty. However, I have to give Ms. Burr props for writing a story that is instep with our current political unrest and for creating an amazing twist that will leave you stunned. For that alone, it's a must-read you don't want to miss."-rantingwriter

Enigma Black can be found at: http://amzn.com/B00ABVO2ZC

DECEMBER SALE:  For the month of December, I'm offering it at a reduced price of $.99

Have a wonderful holiday season!

What does a raging insomniac do when they can't sleep...................They make book trailers, of course.  They are insanely easy to do and I plan on posting a step-by-step blog post on how you can create your own.

But first, please check out the trailer for Enigma Black: