Reclaiming Your Childhood Through Books

Childhood:  we all had one.  Whether yours was so enjoyable that you clung to it for dear life, kicking and screaming your way into adulthood, or so traumatic that you prayed to the God's of Puberty for a swift transition; it's mark was indelible.  For writers, our childhoods were not only defined by sleepovers, skating rinks, summer vacations, school functions, bicycles and video games, but by the books we read as well.  It's an art form, the way children's books are written.  Like their intended readers, they aren't presumptuous with their language carrying a simplistic, innocent beauty.

Often times, when I'm writing, I think of those books that inspired me in my youth.  Such books heightened my love of reading and made me dream of one day being able to transport readers to other worlds too.  Now that I'm slowly walking down the path toward publication, I find myself (when I'm stuck on a plot, a character, or anything I'm making entirely too complicated) reflecting on those books and their brilliantly efficient, unassuming dialects.  After all, as Dr. Koichi Kawana (designer of the botanical gardens) once said: "Simplicity and repose are the qualities that measure the true value of any work of art."

With that said, and keeping with the theme of today's blog, here are some of those childhood books of mine that I still recall fondly today (sarcasm aside):

Where The Red Fern Grows (Wilson Rawls): Before writing this blog, I retrieved this book from my bookshelf and noticed that it's only 248 pages long which shocked me to no end as my fifth grade self would have proclaimed it to be nothing short of 800 pages.  I'm not saying that's a testament to how long it felt to me while reading it, rather the amount of value that was actually contained within those 248 pages (I've read entire series that weren't even half as fulfilling as the 248 pages in this book are).  Where The Red Fern Grows is my all-time favorite book (just slightly above The Fountainhead).  If you haven't read it, I highly suggest you do as it's better than a lot of what's out there today. It's the story of a boy, Billy; his two hunting dogs, Old Dan and Little Ann; and the sacrifices made out of sheer love and loyalty.  The story is set in the Ozarks during the Great Depression and is a must-read tearjerker for animal lovers.

Mustard (Charlotte Graeber):  I swear I must have been particularly partial to animal stories--sad animal stories.  I remember picking this book up during RIF (Reading is Fundamental) in third grade and reading the entire thing during our designated reading time that same day. It sounds like a large feat for a third grader and, had the book not been only 52 pages with print as big as Donald Trump's ego AND illustrations, it may very well have been.  Anyway, Mustard is a story about a young boy's first loss: a cat named ------wait for it-----Mustard. It's both gut wrenching as well as heartwarming as Mustard teaches us the value of love and the devastation of loss between humans and animals way before Marley and Me was conceived.

The Baby-Sitter's Club (Ann M. Martin):  Or BSC for those of us in the know.  I would be willing to wager that 90% of the female population born in the 1980's have read these books.  For the rest of you, the BSC is a series--that went on well past its expiration date--based on a group of preteen and teenaged girls with nothing better to do but  form a club devoted to taking care of other people's kids.  Along the way, they get themselves into all kinds of shenanigans (as much as 200 pages will allow, unless it was one of the uber Special Edition Mystery ones) of which is conveniently resolved in all it's sugar-coated, Full Housesque glory by the books' conclusion. 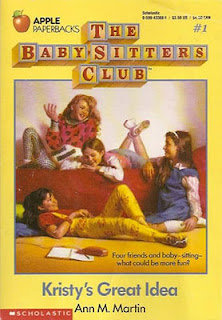 It took me twenty years--during this blog writing, actually--to realize that the protagonists in this series would by no means be friends in real life.  Curse you Ann M. Martin and your literary lies.  The characters are all purposefully designed to be as different as night and day.  Too different.  As much as it's refreshing to see a variety of characters, there needs to be some similarities between the characters in order for the cohesiveness Ann M. Martin portrays to realistically work.  There's Kristy, the bossy, loud-mouthed leader of the pack who dresses like a dude; Claudia Kishi, the artistic yet scholarly-challenged black sheep of the family who can't spell worth a damn; Mary Anne Spier, the meek, boring one whose look was seemingly patterned after that of Mary Anne from Gilligan's Island; Stacy the blonde, preppy, city girl with a propensity for older men; and Dawn Schafer, the stereotypical California hippy who doesn't give a damn what people think (stick it to the man, Dawn).  Later in the series, to entice younger readers--or so I presume--two additional members of the club are added who honestly did nothing for the series: Mallory Pike, the whipping-girl and incessant bookworm, and Jessi Ramsey, an aspiring ballerina.

I could probably get along with like two of those characters in person, the rest I would want to smack silly.

Joking aside, as sugary sweet as the BSC was, it was also a huge influence on me back in the day and one of the many books that piqued my love for writing.


R.L. Stine's Goosebump series:The Diet Coke of Stephen King.  This children's horror series acted like training wheels safely guiding youths from the minor to the big leagues.  It was both scary enough to make you sleep with your light on at night (don't judge), yet tame enough to keep you from soiling yourself when a strange noise emanated from across the room. 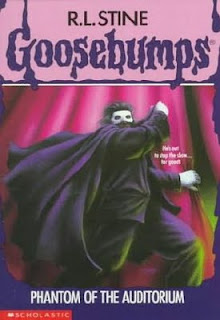 ANYTHING by Judy Blume AND Beverly Cleary:  Judy Blume and Beverly Cleary are the goddesses of children's fiction.  Any summary I attempt to do of their work wouldn't even remotely do it any justice.  If you don't believe me, read Superfudge, Are You There God?  It's Me Margaret, or anything in the Ramona series. 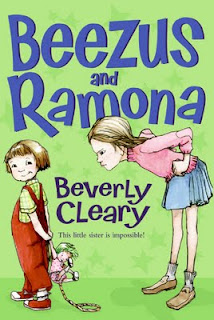 Posted by Sara Furlong-Burr at 1:37 AM

Ah, yes, The Babysitter's Club-- those books were the bread and butter of my young reading life. I envied their adventures (especially the one where Dawn and Claudia were shipwrecked on an island for three days with six of their charges, or the one where they won the lottery). Don't forget alternative member Logan Bruno, who, for whatever reason, was sweet on Mary Anne. What about Shannon, the rich girl who becomes Kristy's other BFF? They don't market books like those anymore. Instead, we are left with Twilight...At least my daughter has Harry Potter. I am happy to know she feels the way about HP as I did about BSC.

Awesome post with plenty of reminders for me of books I want my kids to read. My favorite from childhood was Harriet the Spy. And, I bought a copy for my daughter last week on her eleventh birthday!

Great to "meet" you!

Kendra-I don't remember the lottery one, but I vaguely remember the shipwrecked one. My favorite BSC books revolved around them thinking certain places were haunted. Actually, I think Kristy and the Snobs stands out even more than that. I didn't forget about Shannon and Logan, I was just too lazy to include them. It was 1:30 a.m. and I figured it would be forgiven. The series made Logan out to be somewhat controlling. That was probably his draw to Mary Anne as she was quiet and easily dominated. Just a thought. BSC: teaching kids about unhealthy relationships since 1985. Well before Twilight came along.

Nicole-Thank you for following me and your comment. I've never personally read Harriet the Spy, but my daughter loves having books read to her so I'm sure it's only a matter of time.

Your descriptions of the BSC girls was hysterical!!! LMAO!!! I started a few years ago looking for them at thrift stores and a month ago I gave my daughter the box of about 40-50 books. She is 9 1/2 and I thought she'd like them...she loved them!!! (I really do love that kid, lol!) It is so cool to watch her reading them and enjoying something that I loved so much as a child. She's on #5 and I am living thru her...so cool! Thanks for bringing up these books - great post!!

Shawna-You're very welcome. LOL. I try to be as light hearted as possible with my blogs as just being informative is boring. I can't wait until my daughter is old enough to enjoy those books I knew and loved as a child.