Is There A Wrong Way To Begin Your Novel?

Writing is work.  Hard work.  This is a bitter, hard fact that cold-cocked me straight in the face within months after I finished my first novel.  Heck, writing the novel was easier than everything else that came and is still coming along with it.  Along with writing comes the usual rules of grammar, punctuation, plot and character development.  But, what many writers don't consider--at least I didn't--is whether there is a right way or a wrong way to begin their novel.  Can the beginning of your novel kill your chances of landing an agent and actually turn your readers away from your book?  The answer, surprisingly, is a whopping yes. While trolling the Internet, I came across several posts on various sites about cliched and generally frowned upon ways to begin  novels.  I've incorporated the nine most popular (or least popular, depending on your point of view) worst ways a writer can begin their novels--along with, of course, my views on said ways.

1.  Today in Michigan, we'll have snow this morning with hurricane Fran arriving by noon, but then we should clear out by 2 o'clock with sunny skies and temperatures approaching 80 degrees--Seriously, only people who live in Michigan are going to get that one.  The weather:  It's usually a pretty boring topic in real life; the same is true in the imaginary one as well. Actually, I only break out talk of cumulonimbus clouds when there is absolutely NOTHING else to talk about.  If you find yourself already coming to that point on your first page (and your book isn't a tribute to The Weather Channel), then you should probably sit back, have  a drink and go back to the drawing board before you proceed further.

2.  "It was a dark and stormy night"/"Once upon a time, I used this book to keep my table level..."-The cliched beginning is a surefire way to completely turn your reader away before you've had the chance to turn them on...figuratively, of course.


3.  Prologue or NoLogue?-Many, many sources tell writers not to include Prologues in their novels.  Many agents, for example, despise the Prologue and don't care to even see them with your manuscript submissions.  I, on the other hand, ADORE Prologues...if they're executed correctly (whoo hoo blog topic).  However, if your Prologue begins with Uncle Herman playing a rousing game of Solitaire and ends with Uncle Herman sitting on the john with a copy of Field & Stream clutched between his fists, then you may want to reconsider the necessity for you Prologue.

The purpose of a great Prologue is to intrigue the reader, giving them a taste of what's to come and leaving them salivating for more.  The Prologue should start at an action sequence or during a scene that will spark enough of a thirst within the reader they'll devour each and every page to quench it.

In a nutshell-Prologues:  It's your story and you should include one if you want to.

4.  It was only just a dream-I have to agree with this one.  No one really cares about the dreams of someone else--especially the dreams of a fictional character that we have yet to get to know. Unless the dream has an absolutely pivotal role in the plot (think Inception), then its incorporation (if there even needs to be one) should be done later on in the book.

5.  Lengthy, Life-stealing, Asinine Adjectives-I've covered the unfortunate abuse of adjectives in numerous blogs and won't continue to rehash the issue here, but it was one of the no-no's mentioned in repeated articles, so it's earned its place here as well.  Descriptions are great, you just need to ease your reader into them gently rather than outright force them to jump into the deep end of the description pool to drown in the depths of your thoughts.

6.  Funerals=The Death of a Novel-This was one that shocked me as I didn't think too many novels began this way.  However, Jane Friedman from Writer's Digest has written in past blogs that agents are inundated with novels beginning in the middle of a funeral.  This makes me glad I saved my funerals for later...

7.  No Introductions Please-"Hi, my name is Sam."  "Hello Sam, I'm Carl."  "Good afternoon Carl, my name is Sally."----This is the point where I shut the book never to make any one's acquaintance ever again.  There has only been one instance where I actually read a book that has made an introduction work in the first two sentences without it sounding hokey and that was The Lovely Bones: "My name was Salmon, like the fish; first name, Susie.  I was fourteen when I was murdered on December 6, 1973."  Okay Susie Salmon, you have my attention. 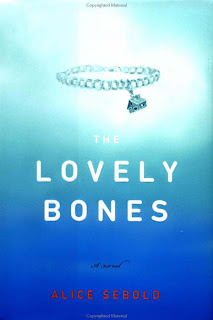 8.  TMI Alert-Have you ever found yourself trapped in a conversation with someone that you couldn't extricate yourself from?  You know, the kind of conversation where you don't want to be rude but it wouldn't have broken your heart if you and said jabber-jaws would have just exchanged a quick greeting in the hallway instead of engaging in conversation.  Instead, they're now holding you their verbal hostage, accosting you with each word while you nervously scan your surroundings for an "Exit" sign.  If you begin a novel with entirely too much information overloading your reader, they can and most likely will make a hasty retreat out that Exit.

9.  Action Now, Information Later-If your novel features a boatload of action, don't start out with a boatload of backstory. The link I've provided below to an article written by Jennifer Roach of prowritingtips.com gives the perfect example of a fictional book about a woman getting married then making a mess of the marriage.  A book like this should begin in the middle of the wedding and not a week or two before the wedding as that period of time is entirely irrelevant to the plot itself.  Starting out with an action sequence hooks the reader.  Once you've gotten them hooked, then bring on the backstory.  Just keep it as brief as possible.


At the end of the day, your novel is just that:  your novel.  There are exceptions to every rule and rules are either broken or highly modified every day in the literary world. Although it always pays to be open to suggestions,  don't allow the opinions or rules of bloggers, publishers, or agents prevent you from writing what's in your heart or what you feel makes your story flow the best.

Email ThisBlogThis!Share to TwitterShare to FacebookShare to Pinterest
Labels: blogging, Rules Were Meant To Be Broken, The Lovely Bones, Ways Not to Begin Your Novel

Hello, Sara. That's quite a lot to think about. I like Prologues, too.
You're right. In the end, it's your novel. Do what you think you should do. As long as the story is fresh, boundary-breaking, etc., readers will want to keep reading.
Nice place you've got here.

This is one of the best posts for aspiring authors that I've read. I am so impressed by the information you offered and I can see that you put a lot of research into it. As a prologue lover I still caution having one, but if they really want one, it must fall within those guidelines. Everything I've read says an agent knows by the first page if they like your book or not, so it is crucial for authors to understand what you have told them above. Very well done!!

Jimmy--Thank you so much! I try ;) It's good to meet another writer that likes prologues. I was beginning to think I was the only one.

Shawna-Thank you for kind words! They really made my day today. We writers really need to stick together. LOL.